I Think I May Have Got The Flu On The Weekend 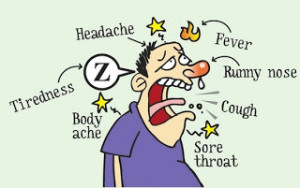 It seemed just like what I keep reading about in people’s comments on Facebook, starting with a burning feeling in my chest when I went to bed on Thursday night. Friday morning I was coughing a bit. I also started to feel a nagging headache becoming a bit more unbearable. And there seemed to be a kind of sore throat coming on. I had a quick meeting at work and also needed to visit the auto dealership where I’d recently picked up a used car to replace the twelve year old Civic that’s no longer with us, so I bit the bullet and took a small ibuprofen to get rid of the headache. I didn’t want to be squinting as I tried to negotiate with the dealership. Friday evening I felt much better. Headache was gone, and the achy feeling that I had had all through my body was gone, too.

Saturday morning I got up early and went off to a meeting, did some grocery shopping and ran an errand at Home Depot all before lunch. I found myself very sensitive to smell. Normal smells were making me a bit nauseous. I was also very irritable. It was clear that I hadn’t gotten better the night before – I think the ibuprofen had masked the symptoms, allowing me to push through despite the illness.

I decided not to take another ibuprofen on Saturday because I wanted to listen to my body’s signals. I was cold and very tired. So I put a blanket on and laid down instead of masking the symptoms again and ending up doing something silly like going down to my dusty basement to work on renovations. While I may have felt better, the dust and work would not have helped my already ailiing lungs. When I went to bed Saturday night I could hear my pulse in my ears. I vowed to rest on Sunday and not do what I did on Saturday, taking up energy my body needed to repair itself by doing things that can wait until I’m better.

Sure enough I was on the couch with a blanket all day Sunday. Having experienced enough of my moodiness on Saturday my family mostly left me alone. I didn’t really want to eat but I had some soup so I could at least be social with the family at dinner time. I couldn’t believe I was feeling worse than I had on Saturday. Shouldn’t I have been better by then? It had been three days since I first felt the ‘clouds gathering in my lungs’ as I posted on Facebook Friday morning.

I went ahead and took another ibuprofen after dinner on Sunday (that’s two small ones in three days – almost as much as I may take in a typical year), thinking I at least want to sleep through the night. An odd thing happened. The achiness and cold feeling went away and I suddenly started sweating. I was pretty uncomfortable. Now I couldn’t rest on the couch because I felt too hot. I also wasn’t tired anymore. I had planned to go to bed early, but now I felt I wouldn’t be going to bed any time soon.  Had my body been sending me signals to stay down and rest? Had I now interfered with these signals in the name of temporary relief? Might my immune system know better than me when I should be resting at a time of illness?

Well, I forced myself to bed later than I wanted to and today I’m past the achiness and shivers. The lungs hurt a bit in the frigid cold this morning, but other than that I seem to be on the mend after my full day of rest.

On the walk to my office this morning I started thinking about how things progressed with this illness. What may have caused it and did I do everything I could to effectively enable my body to fight it? Was it the flu or not? I could have gone to the clinic to find out, but then I’d be exposed to the waiting room scenario and would not have been resting. If it was a virus I most likely would not have been given antibiotics anyway, so I’m glad I opted to stay home.

I only wish I’d stayed home and rested on Friday and Saturday instead of masking the symptoms and going hard. I might have felt better sooner.

So was this the flu? My daughter was home on Thursday with a slight fever and she did cough a few times. I assumed all weekend that I’d caught whatever she had. But as I walked in the fresh cold air this morning and tried my best to breath through my nose so to decrease the pain caused to my lungs I realized there were other factors as well that could have put me on the couch.

All last week there was construction in the hallway outside my office. On Wednesday, the day before my daughter stayed home sick, I worked from home after lunch because the smell of paint was too strong. I recall from the research that I did when I ran a short-lived non-toxic paint contracting outfit several years ago that the formaldehyde in paint is known to cause flu-like symptoms. I, of course, verified this in my anatomy and physiology studies later. I also have been doing some work in my basement. I wear a dust mask usually, but perhaps not always. Could the paint in a poorly ventilated area and the dust from my basement reno have caused my lungs to need to start cleaning themselves?

I also stopped drinking coffee during this ordeal. I just didn’t want any. I’ve quit coffee many times and every time I get a migraine that lasts nearly five days. I wonder if that was the source of my headache on the weekend.

I think it’s quite probable that I caught what my daughter had. But neither my son or my wife did. They also didn’t have to deal with the paint or dust or caffeine withdrawal that I did.  Perhaps my immune system was so taxed with the other factors – plus the stress of quickly researching, shopping for and buying a new car, as well as negotiating with the insurance company about the old car – that it couldn’t fight off the daycare cough. Like I mentioned earlier, I’m pretty sure I prolonged the illness by masking the symptoms twice instead of resting like my body was sending me undeniable signals to do.

So did I have the flu? Seems like it. But maybe not at all. I kind of hope so because if it was the flu it could have been way worse and now I’m naturally immune to the strain going forward. All I know for sure is that the body is an amazing mechanism in that it tells you exactly what you need to do to be healthy. I firmly believe it is the use of products that interfere with these signals that leads to prolonged illness.

I help people transform their health and their finances. Anything else? EVERYTHING comes next.